On 18–19 June, The Society for the History of Collecting presented the online symposium, The Evolving House Museum: Art Collectors and Their Residences, Then and Now, organized and chaired by Margaret Iacono and Esmée Quodbach. We invited the conveners to share their perspective on the event, where twelve speakers introduced an array of house museums, created over more than two centuries, and established across the globe.–MO’N 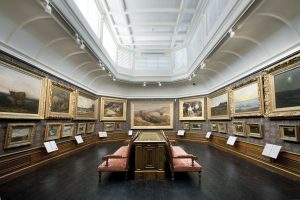 Day One began with a keynote address by Inge Reist, Whose House Is It Anyway? In her remarks, Reist underscored the importance of the symposium’s title and its emphasis on the concept of evolution, noting potential discrepancies between founder intentions and subsequent changes made to accommodate contemporary audiences and remain financially solvent. She also questioned the importance of honoring founder personalities, a feature distinctive to house museums. Next, three speakers examined early house museums in Europe. 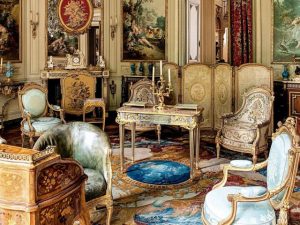 Anne Nellis Richter discussed London’s Cleveland House, a private residence and Old Master collection established by the Marquess of Stafford (1758–1833) in 1806. [editor’s note: aspects of that research are discussed in the Home Subjects post found here]. Periodically open to the public, Cleveland House set a new standard of display and inspired later house museums. Evelien de Visser next introduced The Mesdag Collection in The Hague, founded in 1887 by the artist couple Hendrik Willem Mesdag (1831–1915) and Sientje van Houten (1834–1909), whose collection of nineteenth-century art was donated to the Dutch State in 1903, before coming under the stewardship of the Van Gogh Museum in 1990. Mia Laufer followed with a look at the legacies of the Parisian collectors and cousins Isaac (1851–1911) and Moïse de Camondo (1860–1935), examining their respective  motivations and the differing fates of their collections: Isaac’s holdings forming the first period rooms in the Louvre and Moïse’s founding of the Musée Nissim de Camondo [editor’s note: in a few weeks, Home Subjects will feature a full post on Laufer’s work]. 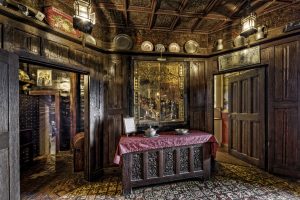 Day One’s final talks concentrated on house museums in the United States. Lynne Ambrosini discussed questions of display, collection interpretation, and outreach at the Taft Museum of Art in Cincinnati, situated in the federal-style mansion of Charles Phelps Taft (1843–1929) and Anna Sinton Taft (1850–1931), which showcases their European and American paintings and decorative arts. Martha Easton presented her research on Hammond Castle Museum in Gloucester, Massachusetts, a revivalist medieval-style castle built by the inventor John Hays Hammond Jr. (1888-1965) in the 1920s, which houses his collection of ancient, medieval, and Renaissance objects. 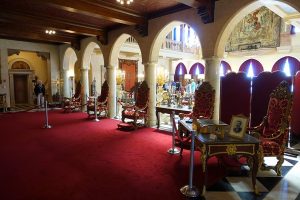 Day Two opened with Marissa Hershon’s exploration of the Ringling Museum’s Ca’ d’Zan, the winter residence of John (1866–1936) and Mable (1875–1929) Ringling, built in the 1920s in the Venetian Gothic style, in Sarasota, Florida. Today, the Ca’ d’Zan is open to the public thanks to the foresight of the Ringlings and later visionaries, notably the museum’s first director, A. Everett “Chick” Austin, Jr. (1900–1957). Anne Hilker next spoke on the banker Jules S. Bache (1861–1944) and his short-lived house museum, situated in his Manhattan townhouse and containing his collection of Old Master paintings, which was open to the public between 1937 and 1943. Challenges posed by World War II forced Bache to rethink his plan and ultimately donate his collection to The Metropolitan Museum of Art. 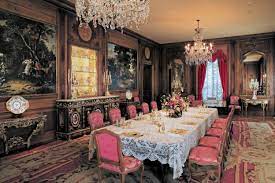 Rebecca Tilles then discussed the collecting ambitions of Marjorie Merriweather Post (1887–1973), the only independent female collector explored at length in this symposium. Focusing on Hillwood Estate, Post’s lavish home in Washington DC and her collections of fine and decorative art, Tilles noted the important roles played by dealers such as Joseph Duveen (1869–1939) and curator Marvin Ross (1904-1977). 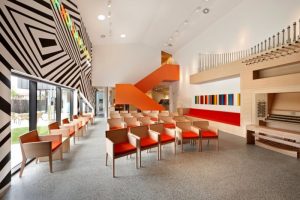 The symposium’s final session first examined two contemporary house museums in Asia and Australia. Chih-En Chen discussed Hung’s Art Gallery in Taipei, established in 1999 by collector Steven Hung and his wife Lindy Chen and dedicated to Asian antiquities. Among the issues Chen elaborated on was founder Hung’s directives regarding the visitor’s experience, which include a prescribed route through the collection and the enactment of certain rituals. An immersive experience is also available to visitors to the Lyon Housemuseum in Melbourne, as Georgina Walker explained next. Established by architect and contemporary art collector Corbett Lyon (b. 1955) in 2009, it is the private residence of Lyon and his family and houses their art collection, yet it also serves as a public museum, thus making it a truly hybrid house museum.

Julie Codell concluded the program with her talk The Ecologies of House Museums, in which she raised numerous considerations imperative to understanding house museums: their geographic locations; architectural spaces; national or local identities; the roles of owners, administrators, and curators; and changing external circumstances. As this symposium made clear, the evolving house museum is a multifaceted topic, of deep interest and deserving of greater future exploration.

Next: Living in the Louvre