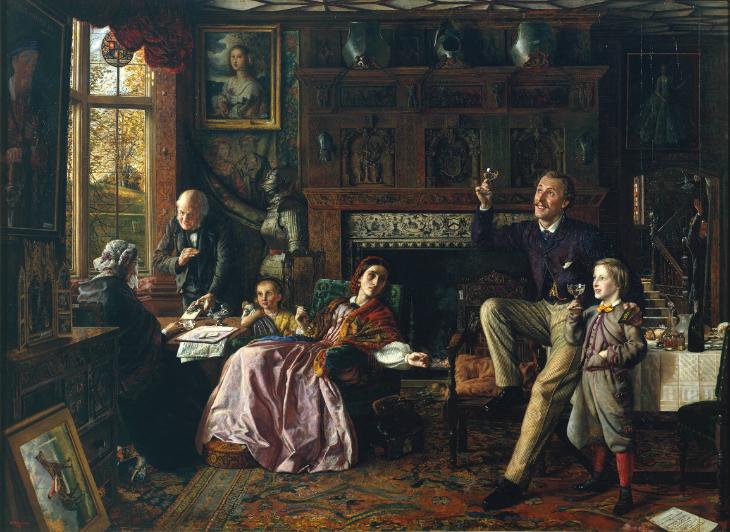 We are pleased to announce that we will be convening a session at the upcoming conference Creating Markets, Collecting Art titled “Home Subjects: The Art Market and the Domestic Sphere in Britain.” This conference is being organized by Christie’s Education, London, to commemorate the 250th anniversary of Christie’s founding.  For full details on the conference, please visit Christie’s website.

Home Subjects: The Art Market and the Domestic Sphere in Britain
Session Convenors: Dr Anne Nellis Richter, American University and Dr Morna O’Neill, Wake Forest University
Contact: [email protected] / [email protected]
The commonly-held assumption that the English style of living is intertwined with tastes in collecting and patronage can be traced back centuries. In the 1790s, for example, when important Italian paintings were being imported into Britain during the French Revolution, the idea that such pictures might be unsuitable for English collectors and houses gained a certain currency. One critic wrote, “A most puerile objection is…made against the pictures of Paul Veronese, because…they cannot be admitted into our London houses.” The decoration of the private home has become the focus of a tremendous amount of academic energy during the past five years. What is missing from these accounts, however, is a consideration of the vital role that the art market played in enabling the decoration of interiors at all social ranks. This session seeks to reconsider the relationship between the art market and the domestic sphere in the eighteenth through early twentieth centuries. We welcome proposals that explore the complicated set of expectations governing the acquisition and sale of artworks intended for private display, including but not limited to the role of the art dealer as interior decorator, the auction “house” and the domestic ideal, and the relationship between private and public modes of display and decoration, plotting a new trajectory for modernity traced through the private, domestic sphere.

Next: Originals and Copies