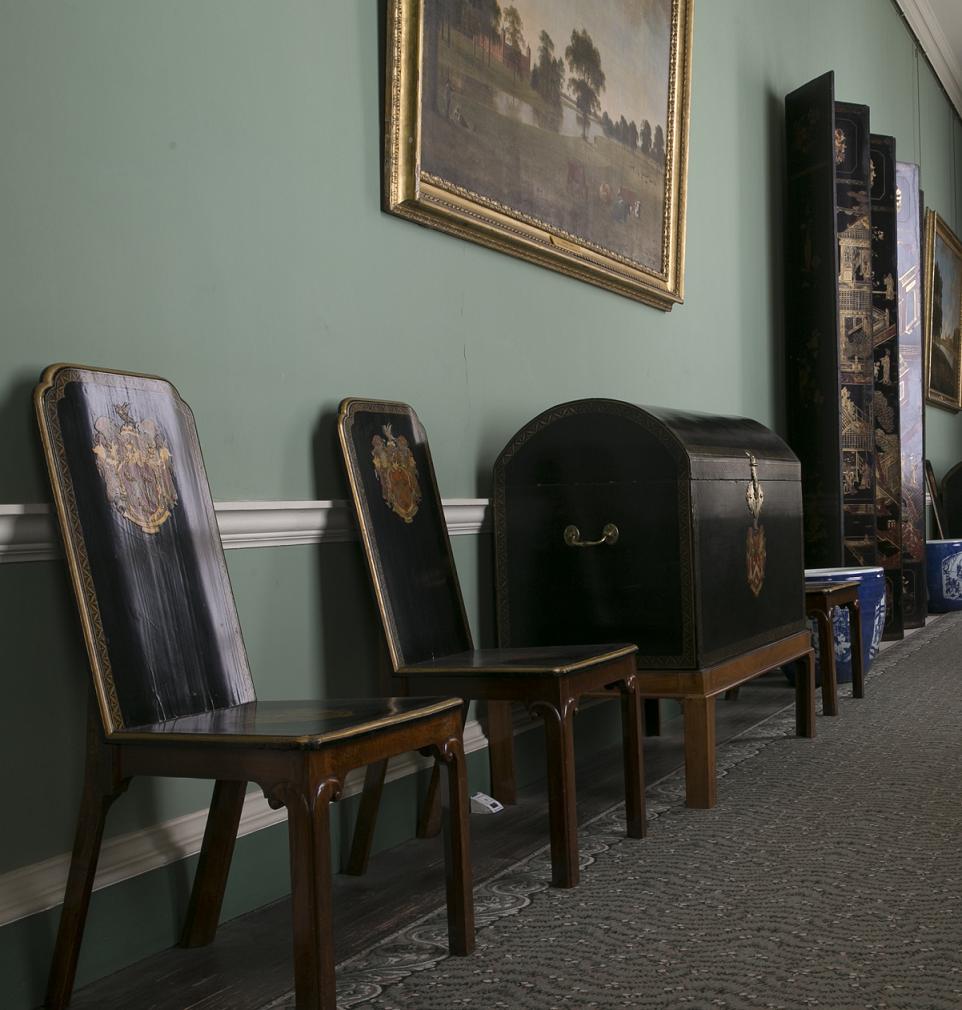 As summer winds to a close, we have a post highlighting some work that attempts to put the idea of “home” into a cosmopolitan, global context. Recent scholarship has begun to elucidate the ways in which domestic interiors did not always conform to the rigid strictures of an ideology of separate spheres but reflected an interiors relationship to its various exteriors, streets and cities. Moreover, during the entire period considered by Home Subjects, the idea of home was also applied more broadly to the nation itself, as expatriate Britons had a variety of experiences of what home and abroad meant for them and how that manifest in built and decorative environments.

The “East India Company at Home, 1757-1857: The British Country House in an Imperial and Global Context” project was conceived in order to help scholars begin to address the possibilities of looking at interior decoration in the context of the British Empire. Funded by the Leverhulme Trust from 2011-2014 and based at the University of Warwick (2011-12) and later University College London (2012-14), the project brought together the work of more than 300 researchers investigating the families, objects, and domestic interiors connected with the East India Company. Although the project has officially ended, its website continues to provide a window into “the British Country House in an Imperial and Global context” as well as a wealth of resources for those interested in the concerns that also occupy us here at “Home Subjects.” For example, the audio recording of the conference sessions for “Objects, Families, Homes:British Material Cultures in Global Contexts” (held at UCL in July 2014) are available on the site.

For those of us interested in the relationship of art and decorative objects to domestic interiors, the EIC’s blog contains many enlightening case studies such as Yuthika Sharma and Pauline Davies’ hub featuring thecollections at Osterley Park. As they write, the attention showered on Osterley Park’s building, designed by renowned neoclassical architect Robert Adam, had not previously been matched by careful investigation of the profusion of Asian textiles, porcelain and lacquerware collected by the Child family over the course of the eighteenth century. Their investigations provide an important basis for considering the display of artworks, collecting of art and other objects, and the use and reception of spaces in a grand eighteenth-century country house.