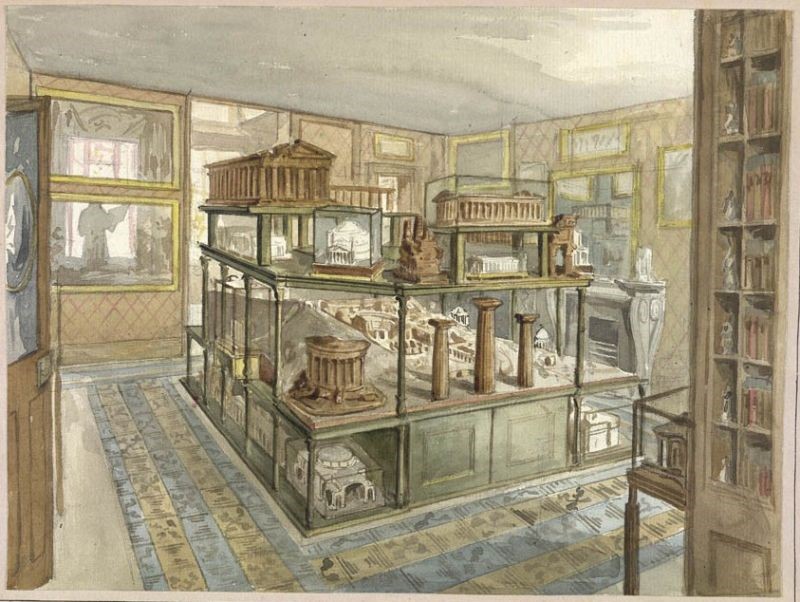 What would it mean to consider the artist’s home under the rubric of “Home Subjects?” In other words, what can we learn about the history of the domestic display of art from these interiors? How does the artist’s home, especially the home studio, inflect our understanding of the “private” nature of collecting and display within the broader history of British art?

The exhibition Creative Quarters: The Art World in London 1700-2000, held at the Museum of London in 2001 (30 March-15 July) focused on the complex dynamic between artistic practice and the urban geography. As part of this investigation, curators Kit Webb, Lucy Peltz, and Cathy Ross began to suggest the ways in which London addresses, and interiors, transformed artistic identity. This rich topic demands further investigation, with the dearth of surviving examples once again presenting a challenge for researchers. Even when interiors remain largely intact, they often reflect the experience of later inhabitants and museum professionals.

The “Opening up the Soane” project, undertaken by curators at the Sir John Soane Museum, has invited the public to think through these issues in the context of the museum. As an architect, Soane was particularly attentive to the experience of domestic space and its role as an expression of the inhabitants when he designed his home at 13 Lincoln Inn’s Fields between 1808-9 and 1812. The home functioned as a kind of laboratory, and Soane was an active curator of his own collections and interiors. The Soane Museum is already a vital resource for topics related to “Home Subjects.” Soane’s innovative display of art in his own home, such as the painting cabinets that display Hogarth’s Rake’s Progress and Election Series (once owned by David Garrick), suggests the way in which the private home could function as a kind of theater for viewing art. In addition, his pioneering work as an architect of museums, as in the case of the Dulwich Picture Gallery, provides an intriguing opportunity to consider paradigms of display in a new way. Now, by “opening up” the Soane, museum staff are putting more of the house and collections on display, and they are also being open about the vicissitudes of these interiors before and after Soane’s death.

This initiative has entered Phase II, “the reinstatement of Sir John Soane’s private apartments and the former Model Room on the second floor of No. 13 Lincoln’s Inn Fields.” The museum plans to open the entire floor by 2016. On a recent tour, the docent discussed the way in which the space was altered when it served as accommodation for the museum’s curator. Soane himself had repurposed the space in 1834, turning his deceased wife’s bedroom (she had died in 1815) into the Model Room, where the public could view his collection of architectural models, a further example of the ways in which the home mingled public and private. 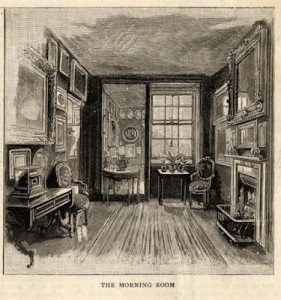 The “more domestic and personal” side of the apartments (according to the Soane’s website) emerges in Mrs. Soane’s Morning Room, also part of the tour. As the Description of the Museum from 1835 asserts, “so happy is the variety of pictures [in this room], that few persons can examine them without finding (beside the general admiration by must excite) someone peculiarly adapted to their own choice.” 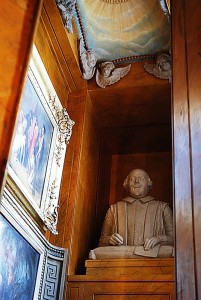 The room presents an intriguing mix of artistic subjects, blending family portraits with, for example, John Hamilton Mortimer’s print series Twelve Characters from Shakespeare (1775-6). In this context, the prints serve as a further testament to the Soanes’ admiration for Shakespeare, already evident in the “Shakespeare Recess” in the stairwell. At the same time, these celebrations of Shakespeare observe the conventions of what we might call the distinction between public and private within the home. While the portrait bust of the author decorates the public space of the stairwell, it is within the private apartments that the prints explore the complex psychology of Shakespeare’s characters. 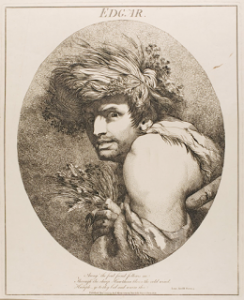 Previous: Velvet Paintings: The Perfect Art for the 18th-Century Home?

Next: East India Company at Home