A Look Back and Ahead: Reflections on Display, Collecting and Social Class 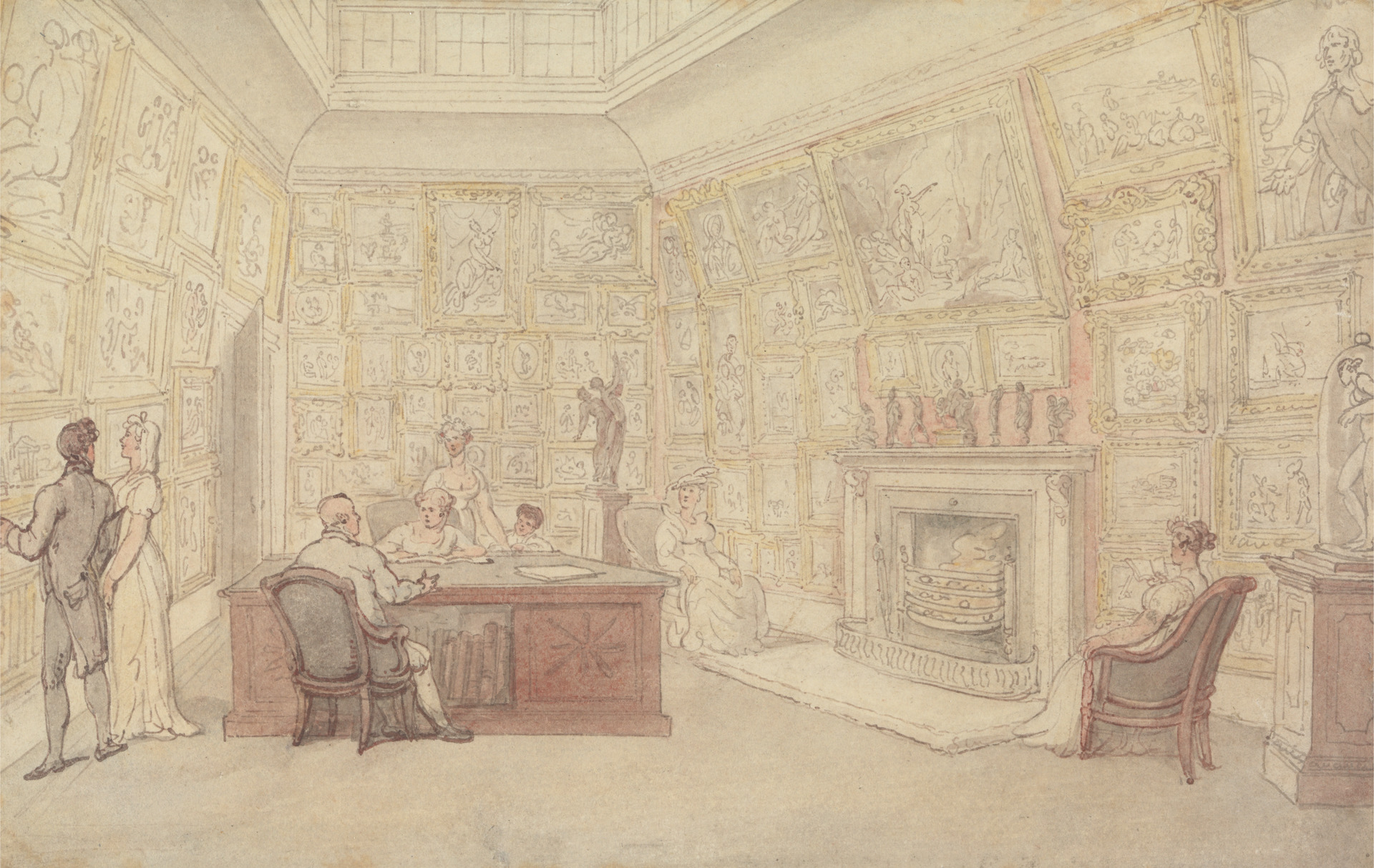 Many thanks to all those who attended the “Home Subjects” session at CAA in February and contributed to the lively and thoughtful conversation. The papers presented a range of approaches to the topic of the display of art in domestic interiors ranging from the later eighteenth century to the late nineteenth century. Several themes emerged from the papers presented: the relationship between Old Master and modern painting, the notion of collectors as “curators” in their own homes, and, finally, the concept of the interior itself as an autonomous work of art. This post will reflect on some of the issues that the papers and the question period raised, followed by some thoughts on how we would like Home Subjects to incorporate and respond to these issues.

The question period raised a number of interesting issues, but our discussion seemed to focus on two related issues: social class and the place of the history of collecting within the history of art. The history of the display of art in the domestic realm is, in some regards, inseparable from either of these concerns. As the papers demonstrated, art collected and displayed in the home acted as a powerful agent in the articulation of social status, acknowledging that the home was not always, or not exclusively, a private space. In the history of British art, the history of collecting first came to the fore alongside the study of patronage and the practice of connoisseurship, and, for these reasons, it has long focused on the development of aristocratic taste in the eighteenth century. The arrival of newly wealthy industrialists as collectors in the nineteenth century challenged this model in the Victorian period, but it returned as a focus when it is exported to the United States in the early twentieth century, as in the case of American collectors like Henry Clay Frick and J. P. Morgan. Recent scholarship has explored the broader “cultures of collecting,” expanding not only the concept of what is collected but also the social position of the collectors.

However, the study of collecting and the related study of the display of art have remained focused on the upper class. Most people display things in their homes but many are hesitant to call themselves collectors. Individuals who acquired paintings and other works of art to display in their houses were driven by a variety of motives, ranging from the aesthetic to the personal; likewise collectors of all classes were also attentive to practical considerations such as size, location, and expense. Many of the same issues pertain to the study of particular houses or interiors. For a variety of reasons, upper class or elite interiors tend to be the ones which are most studied, especially since they are more likely to have been visually or textually represented or recorded. The visibility of elite examples tends to obscure the extent to which the display of visual art in the home fulfilled aesthetic, personal, and practical concerns for people of all social classes. We wish to examine the development of taste within an historical framework, and in particular avoid making a priori assumptions about what constituted “good” decoration or taste. And yet the problem of social class still remains—can the history of collecting ever escape its class position, given that art is so central to dominant models of explanation like Thorstein Veblen’s “theory of the leisure class”?

We see the goal of Home Subjects as raising awareness of these concerns within art history, even as we seek to shift the mode of inquiry. While the history of collecting emphasizes the vision of an individual and frequently presents a static view of the collection’s contents, nature, and presentation, we hope to illuminate the ways in which collections were constantly in motion within the domestic space as participants in all manner of social interaction. What purpose did the collection serve beyond its assembly and initial display? How did intimates and visitors encounter them and how can we understand the often contested nature of these encounters? These are subjects we wish to explore.

We are building our e-mail list and encourage you to share this post with others who may be interested. In the coming months, the blog will host a number of guest posts from scholars who are working on issues regarding the private display of art from the eighteenth through the early twentieth centuries.

Next: The Geffrye Museum