This month at Home Subjects, we are delighted to feature a guest post by Tom Stammers, Associate Professor of Modern European Cultural History in the Department of History at Durham University.  A cultural historian of France in the long nineteenth-century, his recent book The Purchase of the Past: Collecting Cultures in Post-Revolutionary Paris, explores the politics of collecting, the art market and cultural heritage in nineteenth-century France.  In this post, he discusses the genesis of the recent special issue of 19: Interdisciplinary Studies in the Long Nineteenth Century that he edited, Women Collectors: Taste, Legacy and Cultural Philanthropy, 1850-1920.  Readers of Home Subjects will be especially interested in the intersection of these collecting practices with domestic display, from the origins of the Barber Art Institute in the collections on display at Culham Court, the estate of Sir Henry and Lady Barber, to the display of impressionist paintings collected by Elizabeth and Robert Workman at their London home. 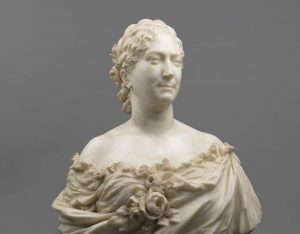 In January 2019 a Study Day was held at the Wallace Collection to coincide with International Women’s Day. Organized by curator Suzanne Higgott, it sought to shine a light of Julie Castelnau (1819-97), the French-born wife of Sir Richard Wallace, who had actually bequeathed the treasures of the Hertford family to the nation in 1897. Marginalized in scholarship, Lady Wallace had been written off by contemporaries as vulgar and unsophisticated; Ferdinand de Rothschild even alleged that “she dragged him [Richard Wallace] down to her level, clogged his whole future, and marred all his prospects.” By the early twentieth century, credit for donating the collections to the nation was often given to Richard Wallace’s secretary, and the first curator at Manchester Square, John Murray Scott, on whose “disinterested” advice she had apparently acted. The Study Day was a belated way of setting the record straight and restoring Lady Wallace to the museum’s foundational narrative. 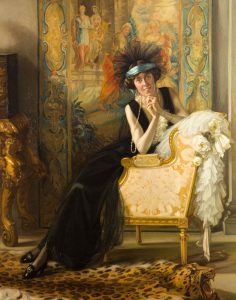 But why had Lady Wallace’s role been obscured in the first place? The way that she had been side-lined chimed with the experience of many other women collectors.  For example, the contributions of Lady Martha Constance Hattie Barber (1869–1933) are often overlooked even though she inaugurated the Barber Art Institute in 1932 according to the plan she developed with her husband Sir Henry Barber.  She left her entire fortune to the trustees of the Barber Institute, including the superb textile collections and tapestries, many of which she posed in front of in 25 portraits by Nestor Cambier of Lady Barber at home.  A special issue of the interdisciplinary journal 19 seeks to address and account for these discrepancies, by reconsidering the contribution of some significant women collectors from the mid-nineteenth century to the aftermath of the First World War. Part of the reason for their previous neglect was rooted in the silences of the archive. It can be challenging to recover traces of women’s agency, especially within a legal regime in which women’s right to own property independently of their husbands was severely circumscribed.

French School; Interior of a Room with a Lady Painting; The Bowes Museum; http://www.artuk.org/artworks/interior-of-a-room-with-a-lady-painting-44800

Part of the problem also stemmed from these women’s cosmopolitan lives: women like Lady Wallace traversed French and British society, prompting misunderstanding and mistrust. Alphonsine de Saint-Amand (1835-1908), the second wife of John Bowes, has been vilified in relation to the Bowes Museum, County Durham, because of the messy financial consequences of their divorce. A much fuller understanding of her literary and artistic sensitivities could only be gained by looking at materials kept across the Channel. The same challenge applies to Yolande Lyne Stephens (1812-94), a French-born dancer who married into the English aristocracy and who filled Lynford Hall, Norfolk, with Old Master paintings acquired in important sales in Paris and London. Yet her late decision to reverse the bequest of 48 of these works to the National Gallery- as set out in her 1887 will- ultimately ensured her collection, and her name, would be forgotten. In the special issue, we wanted to explore other transnational women who operated across multiple art markets, thereby fostering the circulation of styles and trends. 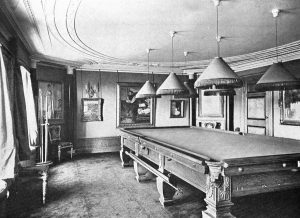 By the early twentieth century, this self-confident internationalism was entwined with the cause of modern art. Elizabeth Workman (1874-1962) must surely count as one of Britain’s greatest, though unknown, collectors of French Impressionism, preceding Samuel Courtauld and in some ways proving more audacious in her purchases, which spanned from Degas to Gaugin and Matisse. She decorated the billiard room of their home in Park Lane with works by Degas and Vuillard, among others.  The collapse of her husband’s shipbuilding fortune in the 1920s forced the liquidation of the collection and robbed her of the credit given to her brilliant agent, the dealer Alexander Reid. Yet art collecting provided women with a platform as taste-makers and patrons of truly global reach. Born in Los Angeles into a formidable Jewish family, Florence Meyer Blumenthal (1875-1930) was every bit as invested in collecting as her husband George Blumenthal, remembered for his gifts to the Met. Her cosmopolitan sensibilities can be gleaned from the fabulous interiors and arts foundations she created in New York and Paris (where she was awarded the Légion d’Honneur in 1929). 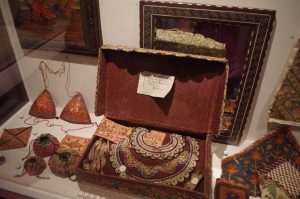 Textiles collected by Ellen Tanner during her travels, on display at the exhibition “Bath to Baghdad: Ellen Tanner’s Collection of Middle Eastern Art” at the Holburne Museum, Bath in 2018.

One objective of the special issue was to problematize assumptions about women’s collecting as restricted to appropriately “domestic” or “decorous” fields. A brilliant diarist, and connoisseur of French porcelain, Dorothy Nevill (1826-1913) was also an antiquarian who was passionate about antique English ironwork, which she loaned to the V&A in 1892. The gendering of taste arose not from the objects themselves, but from how collecting was talked about by (usually male) connoisseurs, keen to reassert their authority at the dawn of the twentieth century. Far from sticking to prescribed tastes, some women collectors could be trailblazers and take risks. Take the case of Ellen Tanner (1847-1937) who, aged forty-seven, set off on a vast trip on horseback across Persia and Mesopotamia, accompanied only by local guides, amassing Persian handicrafts and haggling in bazaars. Subsequently donated to the Holburne Museum in Bath, the 85 pieces of Qajar art in her collection were striking in their diversity, from fine woven textiles and enamel cups to elaborately carved pearwood and brass hookahs. Her curiosity about Persian culture and craftsmanship was all embracing. 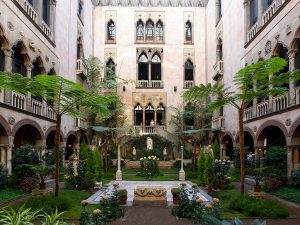 Courtyard of the Isabella Stewart Gardner Museum, Boston, opened to the public in 1903.

Another theme running through many of the essays is to think about collecting as an activity that brought women into the public sphere and ran alongside their burgeoning involvement in philanthropy and even politics. Exploring collections and museums was an expression of women’s confidence in navigating urban space. The visitors’ book at Manchester square records the presence of educated female pioneers who were drawn to the Wallace Collection in its early years, including women who found precedent for setting up museums of their own (like Isabella Stewart Gardner, who visited in the summer of 1890 accompanied by interior decorator Elise de Wolfe). Educational institutions like Newnham, Bedford, Royal Holloway represented a new kind of collective patron, which commissioned and exhibited portraits of illustrious “new women.” Edwardian collections like these visualized women’s advances in many fields, and by association, sharpened awareness of those spaces- like the boards of national museums- where female leadership remained invisible. This is ironic considering how much the growth of American and European museums in this period owed to female donors and subscribers. The essays in this special issue build on inspiring recent scholarship which has examined the ways in which female collectors were written out of institutional memory- and asks how these institutions look different when we write them back in.

Next: Conference: The Evolving House Museum