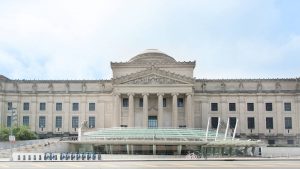 The theme for International Museum Day on May 18, 2020 was “Museums for Equality: Diversity and Inclusion.”  Organized by the International Council of Museums (ICOM), International Museum Day is meant to raise public awareness of museums, and this theme in particular, according to ICOM, would draw attention to “a conversation around museums’ potential for social good in the form of exhibitions, conferences, performances, education programmes, and initiatives.” Yet many museums have stumbled with their response to the Black Lives Matter movement, the killing of George Floyd by police in Minneapolis, and the national and international protests that have followed. From the Metropolitan Museum of Art apologizing to Glenn Ligon for using his art work in a statement without his permission, to the display of police protection at the Nelson-Atkins Museum of Art in Kansas City, from complaints against the “barricaded” New Museum in New York to the criticism of the British Museum’s statement of solidarity as “hollow,” institutions have failed to appreciate the many ways in which they are part of the power dynamics that create and reinforce racism and disparities in society. Other institutions have taken a different approach.  For example, the Brooklyn Museum of Art, which has been the subject of protests and calls to “decolonize,” is part of the #openyourlobby movement to provide restrooms and rest spaces for protesters. Some museums have begun to collect “artifacts” from Black Lives Matter protests. 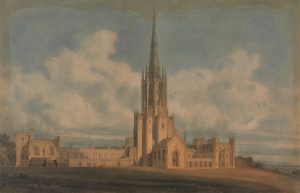 The historic house museum, the type of institution where visitors are most likely to encounter the display of art in the domestic interior, has heard similar calls for greater diversity and inclusion. In 2013, English Heritage published Slavery and the British Country House edited by Madge Dresser and Andrew Hann. The essays in this collection, available to download for free from the Historic England website, explore the links between “great houses” and Atlantic slavery  through different methods of interpretation. This research project, aided by the records of the Slavery Compensation Commission, allowed scholars to explore the ways in which “the proceeds of slavery” circulated through country houses. In his Slavery and the Culture of Taste, Simon Gikandi provides a compelling re-reading of Fonthill Abbey, discussed in an earlier blog post by Anne Nellis Richter. A Gothic Revival country house in Wiltshire designed by James Wyatt for the absentee Jamaica planter William Beckford, Fonthill was a grandiose statement of social status and intellectual ambition. It was also, according to Gikandi, primarily and fundamentally a monument to Creole anxiety. As Gikandi writes, “Art would become an important conduit for laundering a self produced by slave money into a civic, virtuous subject” (119). As Gikandi concludes in his discussion of Beckford and his extensive art collection, “art was Beckford’s way of dealing with what one of his biographers called his ‘displaced anxiety’ and ‘sense of inadequacy'” that stemmed from the source of his wealth.

Gikandi argues for the inseparability of slavery and taste, opening up a new way of thinking about eighteenth century aesthetics, collecting, and display. As he states, “my goal is to pinpoint those aspects that would ultimately make the category of taste a key mediator between British modernity and what I will call its repressive tendencies—namely, the attempt to use culture to conceal the intimate connection between modern subjectivity and the political economy of slavery” (17). Yet as historians Jessica Moody and Stephen Small have recently noted, such insights have yet to “diversify public history narratives” to more fully present the “histories of enslavement” to country house visitors. The situation in the United States is both more straightforward and more complex: the direct connection between historic house museum and slavery at a place like Thomas Jefferson’s Monticello is clear. Yet that institution had a tortured path to their current interpretative strategies,  As the Inclusive Historians Handbook noted on April 12, 2019: History museums of all types are facing the reality of a society where the meanings of inclusion, diversity, access, and equity are changing; the fact is, audiences are changing, too. The challenge of attracting and welcoming increasingly diverse audiences has proven particularly difficult for historic house museums, which have long been criticized—often with good reason—for having outdated, narrow, and static interpretation. According to an influential critic, the primary reasons people dislike house museums are that they present interpretation that lacks a connection to the present and feature stories of people who have nothing in common with most contemporary visitors. The Inclusive Historians site provides an array of strategies for new interpretations and creating models of inclusive interpretation. 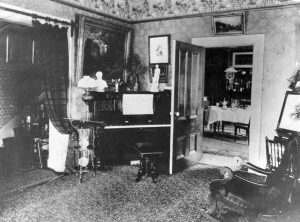 In fact, one could argue that the dynamic between display and individual personalities at these sites allows the historic house museum to explore diversity and inclusion more fully through personal narrative. One fascinating example is Cedar Hill, a National Historic Site in the National Park Service and the home of Frederick Douglass from 1878 until his death in 1895, in the Anacostia area of Washington DC. A feature on Cedar Hill in Google Arts and Culture focuses on the personal appeal of individual objects and what they reveal about Douglass as an individual and as a historical figure: his desk chair, his inkwell, his silk waistcoat. Photographs of the interior during his lifetime reveal the ways in which the interior decoration at Cedar Hill suggests the conjunction of ordinary and extraordinary.

Take, for example, the decor of the family’s West Parlor, redolent of late Victorian interior decor in America: upright piano, potted plants, landscape painting, armchair upholstered in velvet. A closer look reveals a statuette of Hiram Powers’s Greek Slave (1847) atop the piano. Powers’s statue has become an icon of American art, shown to great acclaim at the Great Exhibition of 1851 and understood at the time by viewers as a commentary on American slavery despite the displacement of race and geography. In her examination of “The Greek Slave and the Materialities of Reproduction,” Tess Korobkin has argued that Douglass “understood both the utility and the deficiency of The Greek Slave as a symbol of the antislavery cause.” As Korobkin suggests, Douglass’s display of The Greek Slave invites reminds us that display is not always celebration: “We can only wonder whether for Douglass, who continued to fight for the civil rights of African Americans and women throughout his life, the statue served as a remembrance of the great triumph of emancipation, an emblem of the continuing struggle for full enfranchisement, or, at the end of a century of exhibitions, a reminder of the imbrication of exploitation and industrial modernity.” 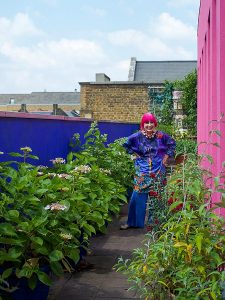 The challenge, then, is the preservation of such sites and the realization of their full interpretive potential. By relating art to the domestic and the individual, historic house museums have the potential to wrestle with difficult histories and create a more diverse and inclusive connection to the present. One museum that is forging such a pathway is the Museum of the Home in London, formerly known as the Geffrye Museum. They have created a series of stories on their website entitled “Stories of home life under lockdown,” inviting individuals to share stories of what staying at home means to them that range from the roof garden of designer Zandra Rhodes to the realization by a “Mrs. L” that “someone near me smokes weed.” Perhaps the best way forward is to create a visitor experience that explores the range of meanings that adhere to objects and spaces. This focus on the lived experience of lockdown might seem like the opposite of a visit to Cedar Hill, Monticello, or a National Trust property. Yet these sites all ask the audience to imagine the affective relationship between individuals and objects.