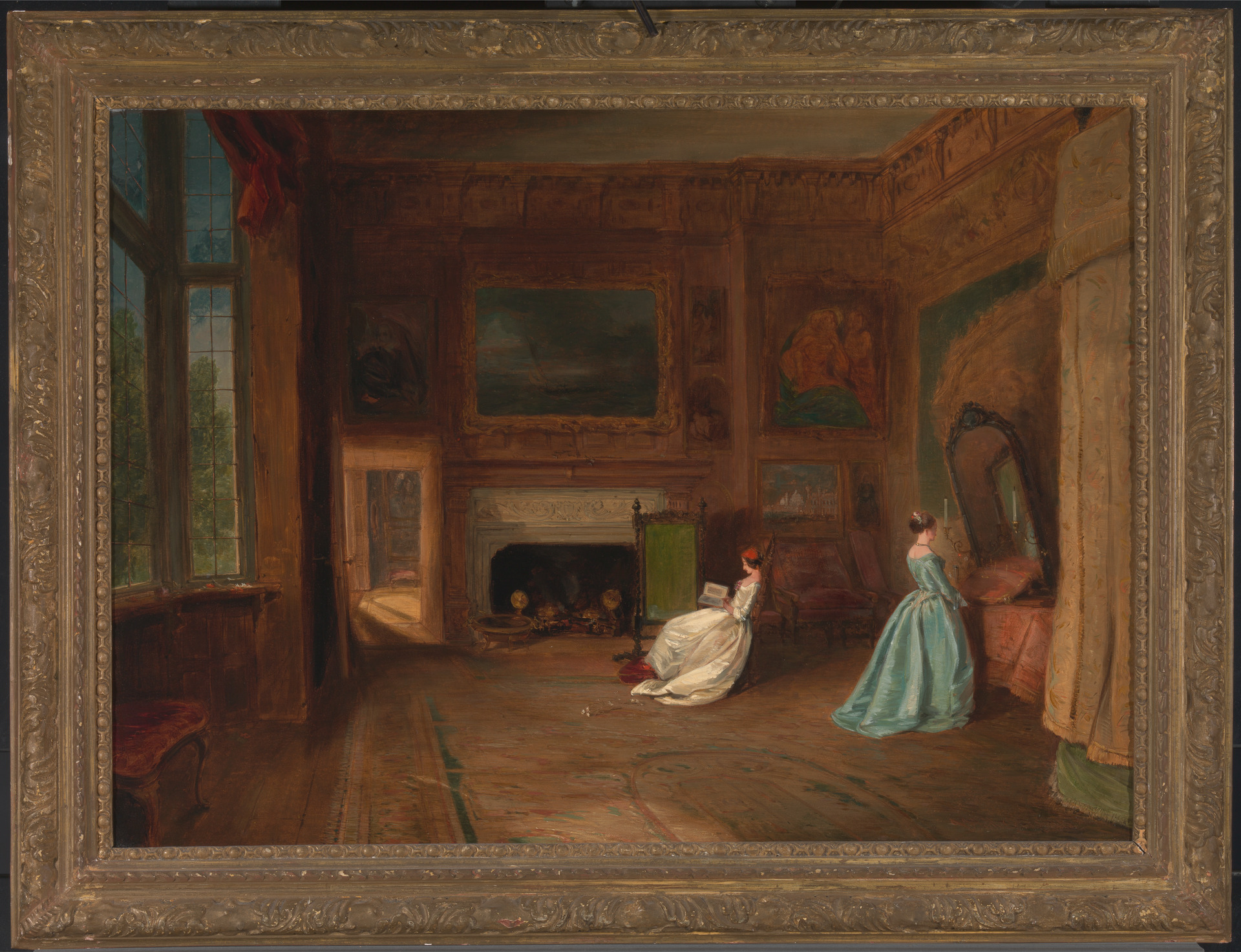 In the first post for Home Subjects, we wanted to delve a bit deeper into the quotation we chose to headline our front page. It comes from a letter sculptor Richard Westmacott wrote in 1834. Reflecting on the contemporary art scene, he writes: “…Art is better done here than anywhere else just now. I put historical Art out of the question of course, for alas! There’s no employment in it—nor are our houses, if there were a taste for it, adapted to receive large pictures, but for our comfort, where is it practiced nowadays, with success? Echo answers “where?”—but in Portrait, Landscape, Seaviews, Home Subjects—animals, and in every branch for which there is a demand I am proud to say—and I am sure you will agree with me—we yield to no country.”

One of the ideas that inspired the Home Subjects project is the persistent notion that the successes and failures of contemporary English painting are correlated with the style of living common in England. In the above example, Westmacott asserts that British houses are designed for comfort, rather than to receive large pictures. He then suggests that in the fields which are seen as appropriate or important for the decoration of British interiors, “we yield to no country.”

The notion that the English style of living was intertwined with tastes in collecting and patronage can be traced back many decades. In the 1790s, when major Italian history and religious paintings were being imported into Britain during the French Revolution, the idea that such pictures might be undesirable among collectors because of unsuitability for English houses gained a certain currency. One critic wrote, “A most puerile objection is also made against the pictures of Paul Veronese, because they are so large that they cannot be admitted into our London houses. We shall grant that they are fit for few; but how many of our Nobility and Gentry have large halls in the country, which they will be glad to decorate with them.”

One of our ambitions in Home Subjects is to take this idea seriously. How, and why, did the idea that a particular sort of English domesticity shaped tastes in art, develop? How did a belief in the nature of domesticity and its interrelationship with painting and other forms of decoration influence the types of work artists were inspired or commissioned to produce? And how did that shape the way modernism developed in Britain? These are some of the questions we pose with this project. In a future post, I’ll return to the James Holland painting of the Lady Betty Germain bedroom at Knole illustrated above, and suggest some ways we might approach a picture using this line of enquiry.

Next: Watercolors in the Parlor