Harriet Mathew’s Parlor for the Arts 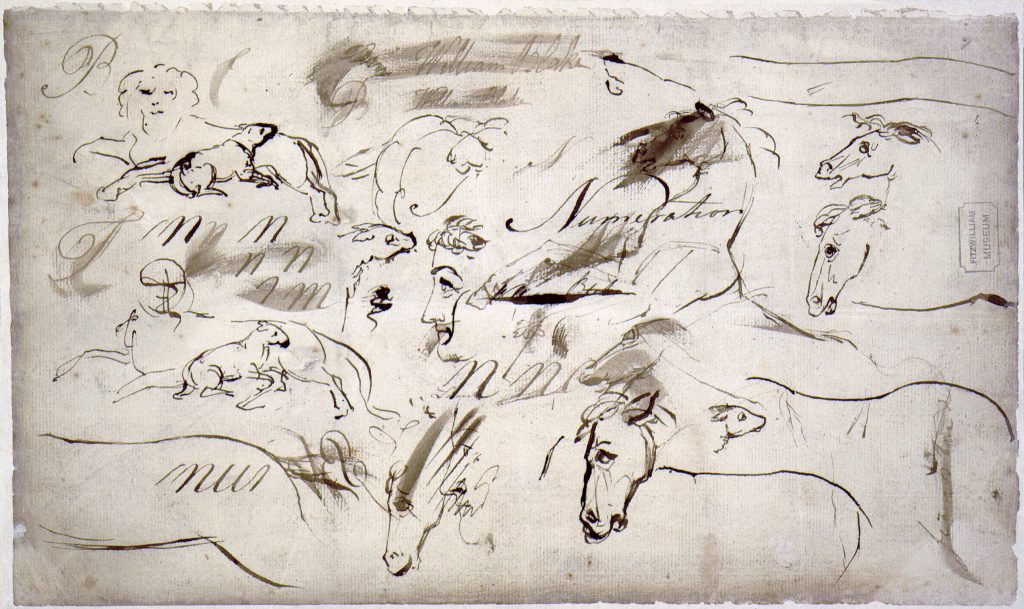 Editor’s note: Today we present the last in our series of posts previewing the upcoming Home Subjects panel “Art and/in the Private House” at the annual meeting of the American Society for Eighteenth-Century Studies in Minneapolis, Minnesota, March 30-April 2 2017. Last in our lineup is Craig Stamm, who is a graduate student in art history at Carnegie Mellon University. –ANR

William Blake’s An Island in the Moon is something of an anomaly in comparison to the rest Blake’s career. A mix between farcical dialogue and song, An Island bears little similarity to Blake’s famous prophetic style, and, as an unfinished manuscript, Blake never fully illustrated the piece. An Island is a strange fragment from Blake’s early career in terms of its writing and general content, but it also represents a period of Blake’s social life also somewhat anomalous—his connections to the bluestocking culture of the late 18th century.

An Island describes a group of philosophers sitting in a fairly nondescript room engaging in nonsensical dialogues, while a nearby woman watches with her mouth turned downwards, looking as if “she hoped you had not an ill opinion of her.” This woman, named Mrs. Gimblet in the manuscript, oversees the conversations that develop between absurd characters without often commenting herself, but she remains present at nearly every moment of An Island. Mrs. Gimblet has long been read as Harriet Mathew, an enthusiastic supporter of the arts in London, who hosted a number of events in her salon that Blake attended early in his career.  It was her husband, Anthony Mathew, who would help fund Blake’s first printing of Poetical Sketches in 1783 at Harriet’s request. 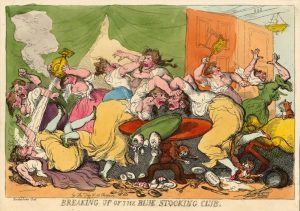 Thomas Rowlandson, Breaking Up the Bluestocking Club,
1815, The Carl H. Pforzheimer Collection of Shelley and his Circle.

Harriet Mathew’s interest in arts and erudite discussion clearly marked her as a bluestocking, but she had a particular affinity for new artists. Seeing her parlor as a possible venue for artists struggling to compete in a market of Reynolds-inspired portraiture, Mathew supported a number of artists by showcasing their work within her own home. Mathew’s parlor, in particular, was decorated with works by John Flaxman, who appears in Blake’s An Island as Steelyard the Lawgiver, a sculptor exhausted by the trends of the art market. The engraver and painters Thomas Stothard and John Thomas Smith were also frequent guests of Mathew’s, and Smith’s vividly detailed biography of Joseph Nollekens contains a number of interesting descriptions regarding Harriet Mathew’s parlor gatherings. Blake would actually sing his poetry aloud to other attendees, and quite well if we were to believe Smith’s account, showing a far more social side to Blake than often imagined. Unfortunately, Blake would become estranged from the Mathews, which Smith claims was a result of his opinionated attitude, but An Island in the Moon parodies the gatherings at their home with softer humor directed at Harriet Mathew, whose parodic representation constantly worries no one in the room dislikes her. 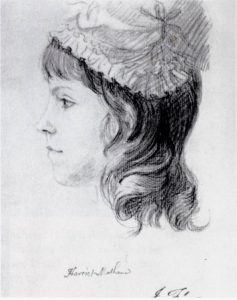 Mathew’s investment in and discussion of the arts clearly identify her as a bluestocking, and according to Flaxman’s sister-in-law, Mathew was even close friends with Elizabeth Montague, Anna Laetitia Barbauld, and Frances Brooke. It’s unfortunate, then, that very little detailed biographical info is available about Mathew herself. An avid reader, many of her book subscriptions have survived, but seemingly Mathew never wrote at any great length herself, and little is known about her expressed opinions on the state of art in the late 18th century. What we do know is derived from her patronage of various artists, a testament to her importance in the shaping of their careers, and suggests Mathew was particularly invested in artists with their own visions not prescribed by the Royal Academy, but who needed to build a community to support their work. Mathew provided this in her own home, and helped put artists like William Blake on the map.

Next: Art and/in the Interior: Reflections on ASECS 2017