The Uncomfortable Interior and Me 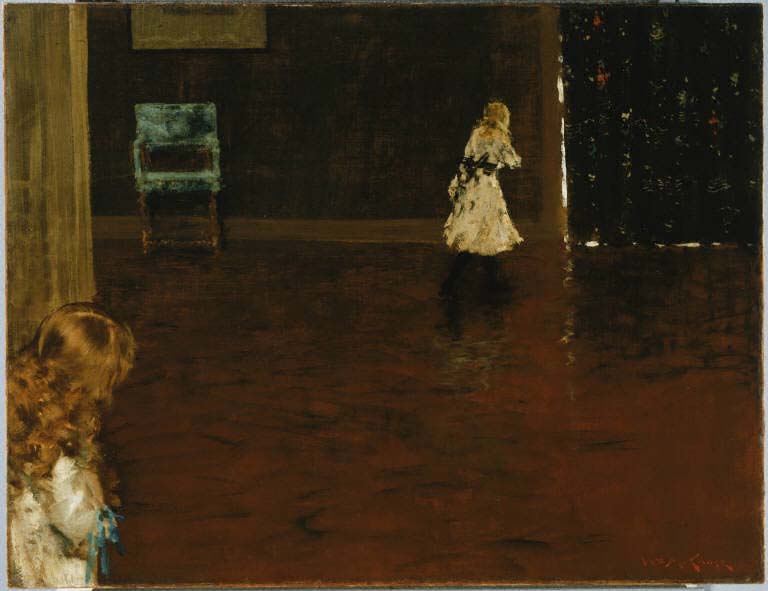 Editor’s Note: Today we are featuring a guest post from S. Hollis Clayson, Bergen Evans Professor in the Humanities at Northwestern University. We asked her to share her thoughts about the new volume Visualizing the Nineteenth-Century Home: Modern Art and the Decorative Impulse, which evolved out of a session she organized with Anca Lasc for the 2013 meeting of the College Art Association.–ANR

I threw in my lot with a young historian of the interior, Anca Lasc, in 2012 when I served as the commentator on the session she organized for French Historical Studies (in Los Angeles), “The Modern French Interior and Mass Media.”  In light of our shared fascination with the modern interior, we immediately teamed up to organize a session for the 2013 College Art Association (in New York).  The papers delivered in our very popular double session, “The Modern Interior as Space and Image,” became the core of the handsome 2016 volume edited excellently by Anca Lasc, Visualizing the Nineteenth-Century Home: Modern Art and the Decorative Impulse. I was pleased to write the Conclusion in which I loudly took my hat off (mixed metaphor intended!) in celebration of the new interpretations of the interior found in the volume, which no longer hew to a Manichean model of the alignments of gender and domestic space.

Anca’s and my interests in the fashioning and representation of modern domestic space overlap very productively, but are not identical.  Not all that interested in the decoration or the merchandising of home spaces, I have instead been drawn to the imagination of the uncanny, the uncomfortable and indeed the creepy or at least awkward and puzzling interior.  From the moment I started working on visualizations of the interior (I cut my teeth in 2008 writing an essay about threshold space), I took my cue from celebrated German literary critic, Walter Benjamin, and contemporary architectural historian, Charles Rice.  Benjamin’s belief that the street and the residence interpenetrate in modernity encouraged me to understand that there was no interior qua demarcated separate space.  Rice taught me that the modernity of the interior consists primarily in it not being a space of retreat and seclusion. I thus embraced and espoused a contrary view of modern domesticity right from the get go. 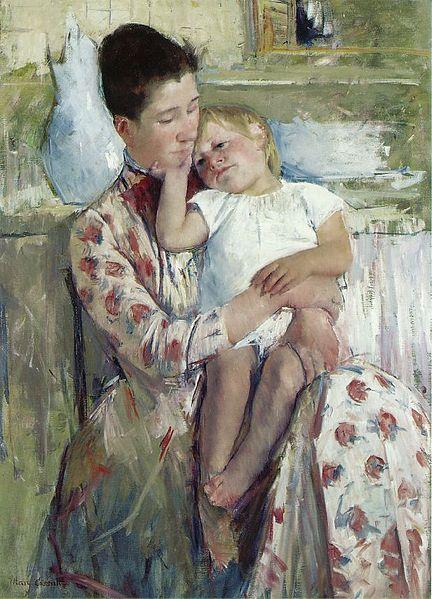 I have as a consequence been drawn to the most thought-provoking representations of the Uncomfortable Interior by nineteenth-century artists including Mary Cassatt, Félix Vallotton, William Merrit Chase, and Edgar Degas.  Two supreme examples in American public collections are: Mary Cassatt, Mother and Child, ca. 1890, oil on canvas, Wichita Art Museum, and William Merrit Chase, Hide and Seek, 1888, oil on canvas, The Phillips Collection.  Cassatt’s Mother and Child (which in fact depicts a very large child with a caregiver not her mother) is shot through with tension and conflict of a sort to be found in quite of few of Cassatt’s trademark “mother and child” paintings.  Calling them “mother and child” pictures prevents us from seeing their patent strangeness and manifold contradictions. The template of maternity gave the artist access to the partially unclad figure, a sine qua non for a wildly ambitious figure painter like Cassatt.  We must conclude that maternity actually functioned as alibi in a painting like this; a far cry from a celebration of the tenderness of an adult-child connection in a cozy domestic space. Chase’s Hide and Seek is a bold treatment of a threatening interior room: the two girl children are puzzlingly separated by the yawning expanse of a watery brown floor, the velvet green chair against the wall serves as an aloof and ineffective marker of adult companionship and responsibility, and the lightning flash of vertical bright light at the border between inside and outside spells danger for the young person who would dare to breach the boundary.

Next: Some Hints on Wallpaper Design